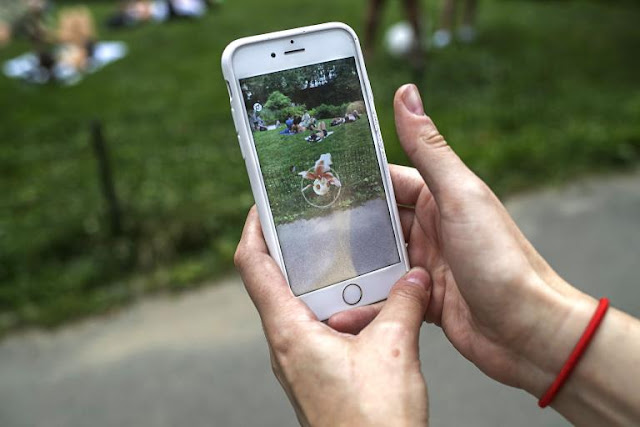 The man behind is Nathan Cerda from Palmview, Texas, thought it be funny to threaten Pokemon players in his town with a purge. Cerda, made the following post on Facebook last week, which saying that he was going to take some modified paintball gun out with some friends. 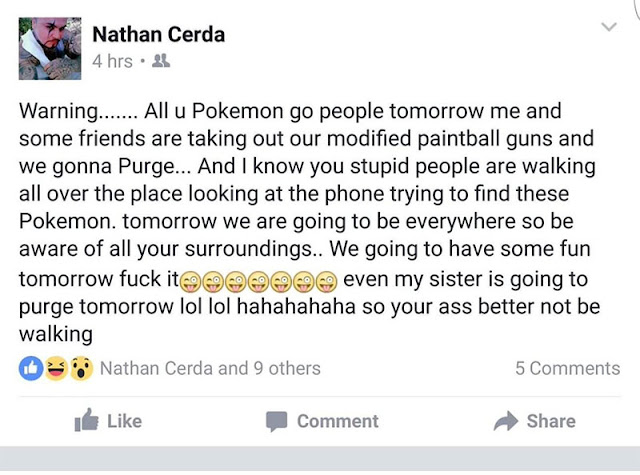 The Facebook post was reported to local police and issued a warrant for arrest charges on “Terroristic Threat” and Cerda was arrested then in his home palm view.

The charges mean is involve threaten to commit violence communication and intent to terrorize another, causing serious public inconvenience or cause evaluation of a building in reckless disregard of risk such terror or inconvenience.