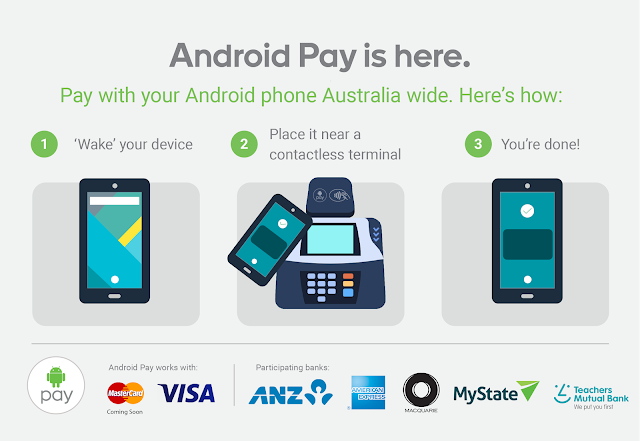 The Android Pay is a mobile payments service for Android phones; That can get you straightforward and safe transactions by purchasing in stores or mobile apps.

Android Pay was initially landed in Asia within Singapore last month and today it is in Australia, which has a population almost 22 million people.

According to the data from Kantar, Android is representing 64% of smartphones sold between March and May this year with Apple get on 36%, so Australia should serve a good sized market towards for Android Pay.