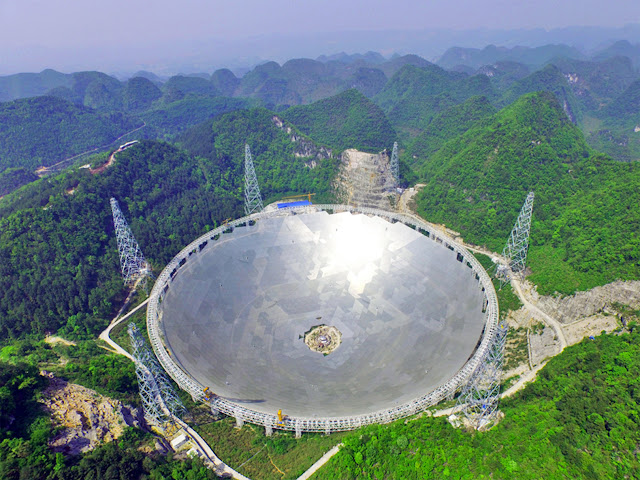 This massive telescope is took five years to build and manage by China’s space agency a National Astronomical Observatory (NAOC) of Chinese Academy of Sciences. FAST will search for aliens which can detect amino acids on far away planets.

The telescope project displaced 9,000 people that lived within 3 miles of the location because the agency wants only to make sure nothing interfered with the operations. Chinese officials said that each would provide with roughly $1,800 to relocate.

Testing operations for the telescope will begin now by scientists, and FAST will can fully operational in September.China was also hoping for constructing a space station and send individuals up to the moon by 2036.