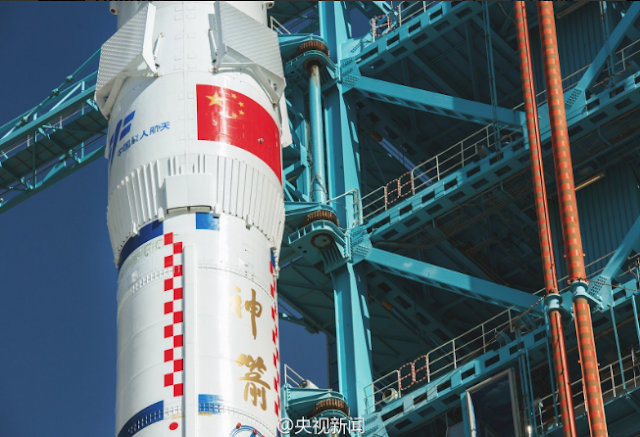 China is launching its first crewed mission to the Tiangong 2 space station, which can test the station of life support and conduct a variety of experiments over the next 30 days.

The pair will ride into space aboard the Shenzhou-11, which will launch Chinas’s Long March-2F rocket from Jiuquan launch site in the Gobi desert. The longest crewed mission to China.

According to SpacePolicyOnline, the Taikonauts will carry out inspections, which will include ‘cultivating plants, taking ultrasound measurements for the first time in space, and testing the three winners of an experimental design competition in Hong Kong for secondary students.’

So, finally some rollout pics of #Shenzhou11 and its Long March 2F at Jiuquan from Monday. Just under 5 hours from launch now. pic.twitter.com/wVz6J7Yar2

A second mission intended to refuel the station planned for April 2017.