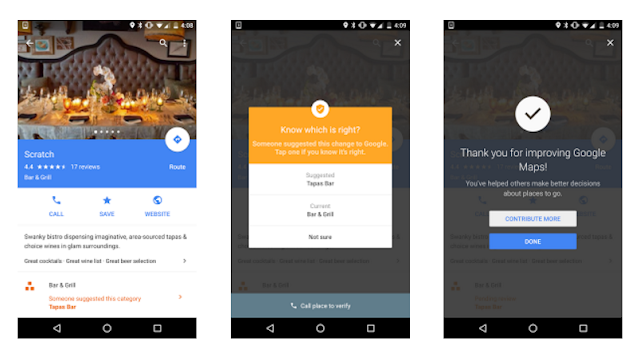 Google has taken steps since couple years ago is someone thought it would be funny creating edit a portion of Google Maps that can show the Android mascot taking a leak on the Apple logo, but Google has not claimed this issue rather internet users who had free reign to edit Google Maps.

Crowdsourcing is the idea of pulling information that allows Google to chart the world quicker.

Google has recently announced the crowd verification to user-made Google Map edits; Its means Google has to verify every sing user-made edit, that will let a group of users does it for them.