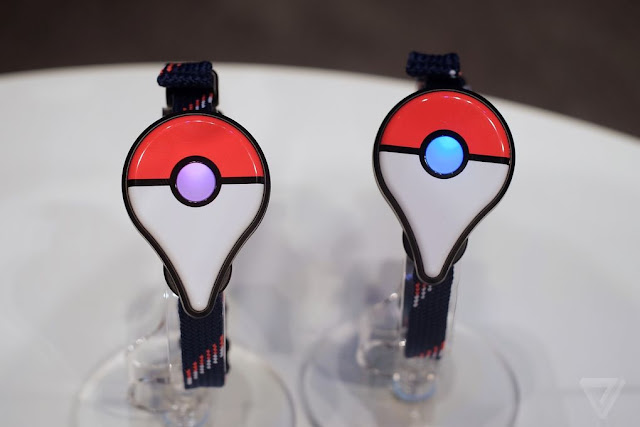 The Pokemon GO Plus is a small device to connects to a smartphone via Bluetooth low energy and have the feature to notifies you about events in the game like the appearance of a Pokémon nearby follow after a LED and vibration.

The Pokemon GO Plus is expected to launch end of July, but according to the tweets of Nintendo of America, the accessory will be releasing in September 2016 instead of July.

The #PokemonGO Plus accessory will now be released Sept 2016 instead of the originally expected end of July launch. https://t.co/QgjZf1aAV6

This wearable Pokemon GO Plus is served to be a low price point with mass appeal and popularity.

Source: appadvice
Image by The Verge