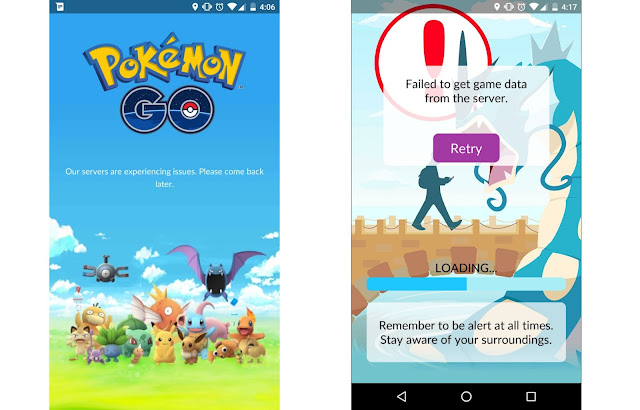 The newly favorite ‘Pokémon Go’ Android and iPhone game has a strain on servers to make it crash for most of the people. Niantic is aware of the problem and hard to work fixing; CEO John Hanke stated to Business Insider.

The Pokémon Go it’s not uncommon for online games because after the first day launch its striking jitters. Niantic was surprised by this phenomenon hit with the newly release game.

Massive shocker – “Pokemon GO” hit Number 1 on US iPhone revenue in half a day. This simply does not happen. pic.twitter.com/ZjHNzcZgFc

And while fixing the server capacity international rollout of the game will be delay countries like Netherlands and the United Kingdom. Hanke also stated that it would be ‘paused until were comfortable’. Niantic has great moves fixing these issues, Hopefully, will be up through Thursday in the evening.

Werner Vogels the Amazon CTO, tweets also a couldn’t resist joke to Niantic offering a help of Amazon cloud hosting service for keeping the game more accessible to all.

Dear cool folks at @NianticLabs please let us know if there is anything we can do to help! (I wanted that drowzee) pic.twitter.com/UVwVKA0Lz8

The Pokémon Go game is published in U.S. on Wednesday evening follow by New Zealand and Australia for the initial rollout.