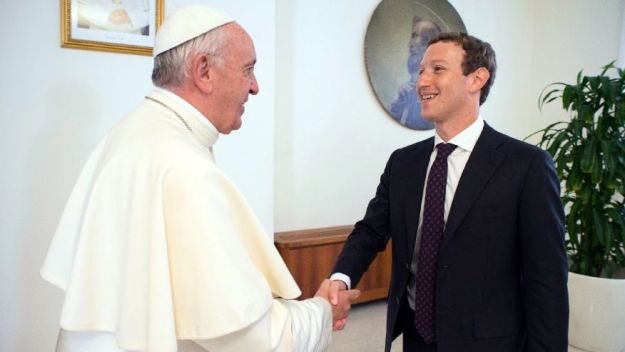 Mark Zuckerberg gave Pope Francis a model drone during the meeting at Vatican on Monday.

Zuckerberg and his wife Priscilla Chan met Pope Francis in Santa Marta residence, the guest house in Vatican where the pope lives.

Zuckerberg gave a model of Aquila; the Facebook solar powered unmanned plane that will be extent Internet Connection to any parts of the world that don;t have.