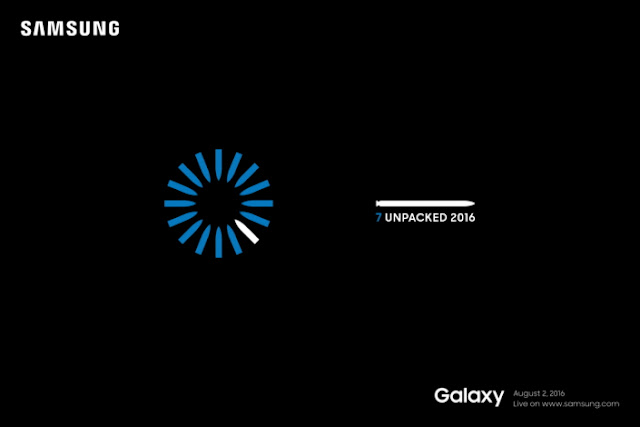 This version may skip Note 6, according to Samsung, that planning the Note series can catch up to the S series. The images of a prototype leaked yesterday to Twitter user Steve Hemmerstoffer, confirming that the Note series will give curved edges and the fingerprint sensor is recessed toward to the body.

The device is rumored to come with 5.7-inch QHD display, IP68 waterproofing, 64GB of storage, 6GB of RAM and a microSD card slot and loaded with Android Nougat when it launches.

The company event will place in New York City at 11 AM Eastern Time.

Source: The Next Web
Image by Samsung