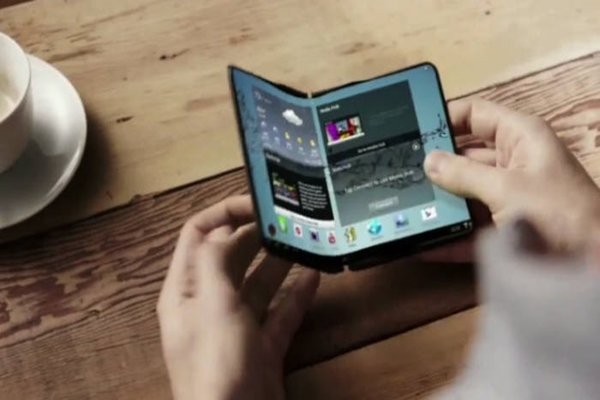 Samsung company is currently operating on a pair of foldable phones with one model supposed to hit the market in 2017, according to a new report

The part would come with two screens and could be unveiled at CES or MWC next January or February respectively.

A foldable phone that unfolds into a tablet has been a long time dream for the industry.

Samsung’s foldable phone with the dual screens would have a joint in the middle allowing it to have three positions.

1. Have both displays facing outward enabling the device to have a screen in front and extra in the back.

2. Screens are facing each other inward, will be done to protect the glass of breaking while the device is moving around in a pocket or a briefcase.

3.  The position would permit the user to have both screens combined into one large tablet-sized display.

Samsung isn’t catching chances this time and is progressing slowly.

The company and its name are still rebounding later the recalls of the Samsung Galaxy Note 7.