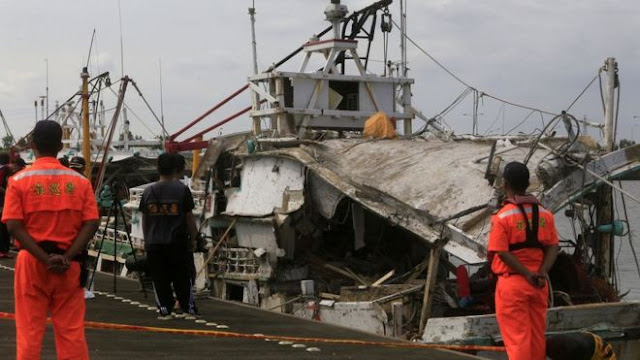 This Friday morning, during the training exercise a Taiwan Navy vessel accidentally fired an antiship missile, captain of a fishing boat is killed and injuring three crew members, stated by the officials. The Hsiung Feng III missile is intended to destroy ships and a range of 185 miles, Is under inspections during the exercise at Kaohsiung-based in southern Taiwan, stated by Taiwan Navy officials.

The missile flew about 2mins. Toward Penghu Islands in the direction of China, But not crossing the midway line in the Taiwan Strait between Taiwan and China, stated by Vice Adm. Mei Chia-shu.

The Kaohsiung-registered fishing boat hit by the missile, killing the captain immediately a Taiwanese and three injured crew members were from Vietnam, Philippines and Taiwan stated by the Mayor of Kaohsiung Chen Chu wrote on Facebook.

The missile system is targeting the fishing boat, happened to be on its path and causing a direct hit, Admiral Mei stated.

China was honoring the 95th anniversary founding of the Communist Party on the day missile was fired. Also, China considers the Taiwan to be part of its territory that must be unified. Recent weeks since Tsai Ing-wen took office as president of Taiwan, China has put increasing pressure to Taiwan.

Adm. Mei Chia-shu said that Taiwan Navy has no direct communication to China Navy and so carried information regarding the launching to the Ministry of National Defense of China.

Source and image by BBC