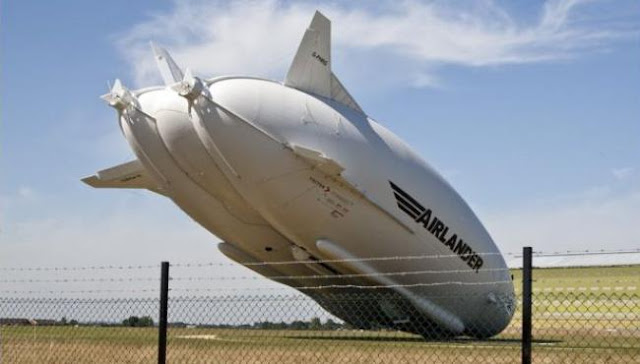 The creator of world’s largest aircraft said that the blimp-shaped airship sustained damage after getting bumpy landing on Wednesday on its 2nd test flight in eastern England.

According to Hybrid Air Vehicles, they are trying to figure out what the caused during its 100-minute flight Wednesday in Bedfordshire, North of London.

The Airlander can stay aloft for days at a time and designed to use less fuel than a plane and can carry heavier loads than a conventional airship.