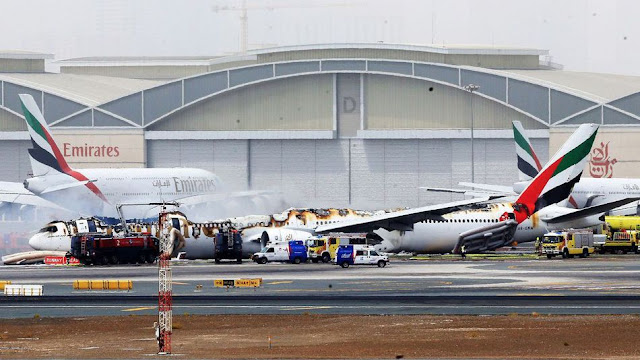 The moment before the plane explode in Dubai, passengers see grabbed their luggage before evacuated onto the tarmac.

It is unclear whether the passengers in Emirates Flight Ek521 is aware of the extreme situation were in cabin area filled with smoke on Wednesday.

The Boeing 777-300 was coming at Dubai Airport when it skidded across the runway on its belly and burst into fire.

Enormous plumes of black smoke billowed coming from the aircraft.

Thankfully, all the passengers and crew has survived the crash. One firefighter died while battling the blaze.

The video published on Twitter by Rehan Quereshi, and he said the footage receive in WhatsApp: